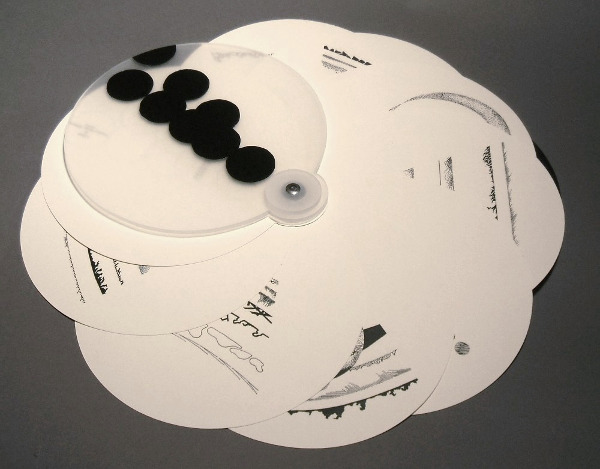 ﻿ Eight is a visual experiment using eight different mathematical operations on the same set of eight random numbers to produce a framework of arcs and circles for eight sets of abstract drawings.

The different mathematical operations produce widely varying results as to scale. Some arcs are almost straight lines and some circles have to be represented as dots. The drawing scale varies from 3 to 1 to more than 4,000,000 to 1.

The order of the random number results listed on each page corresponds to the order of the circle or arc elements, top to bottom. The mathematical operation is depicted at the top of the random number result list and the scale of the arc-circle elements is listed at the bottom. The drawings are pure abstractions drawn along the arc or circle formed by the mathematical operation.

“Eight” was originally created as a unique book in 1999. This edition of eight copies was created at two-thirds scale (8” diameter) in 2010. 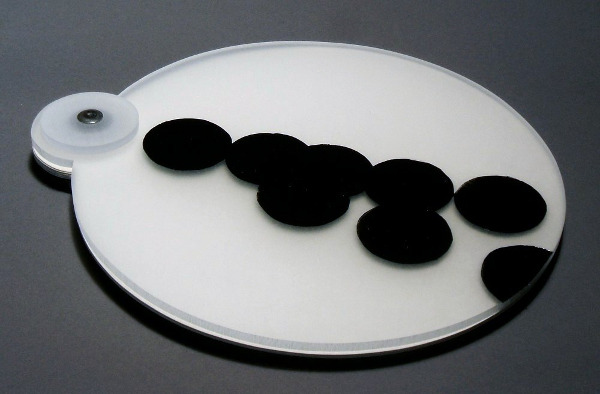 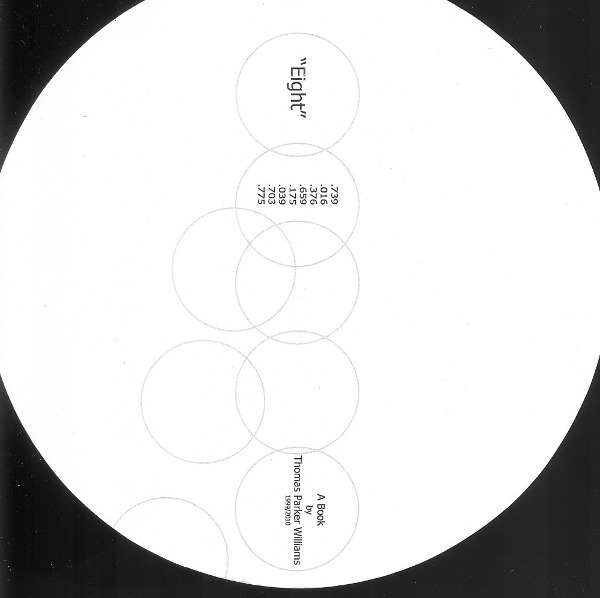 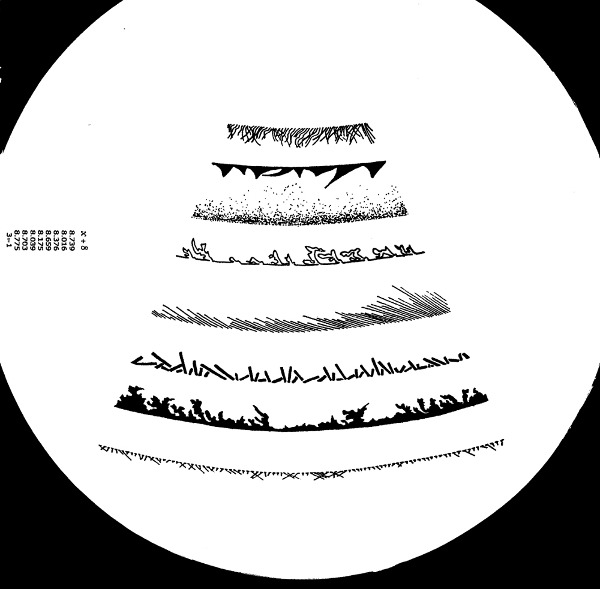 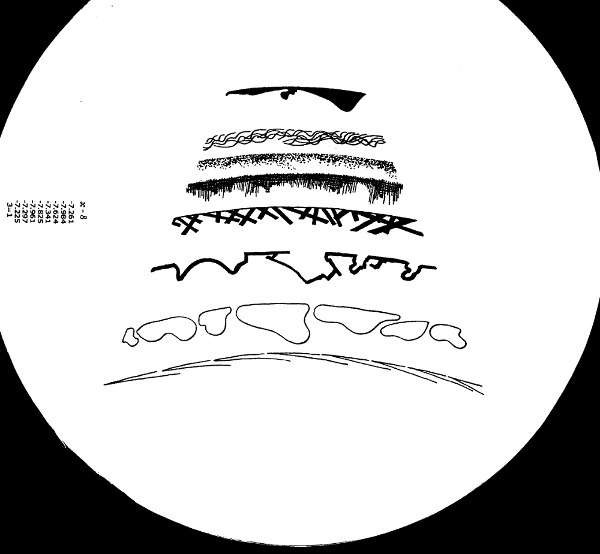 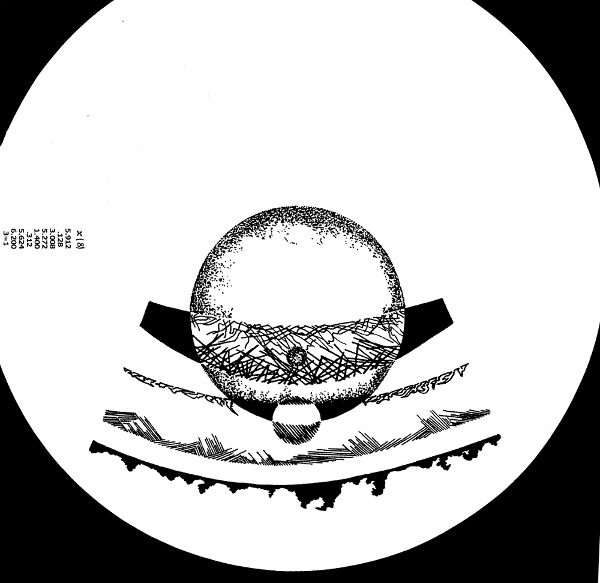 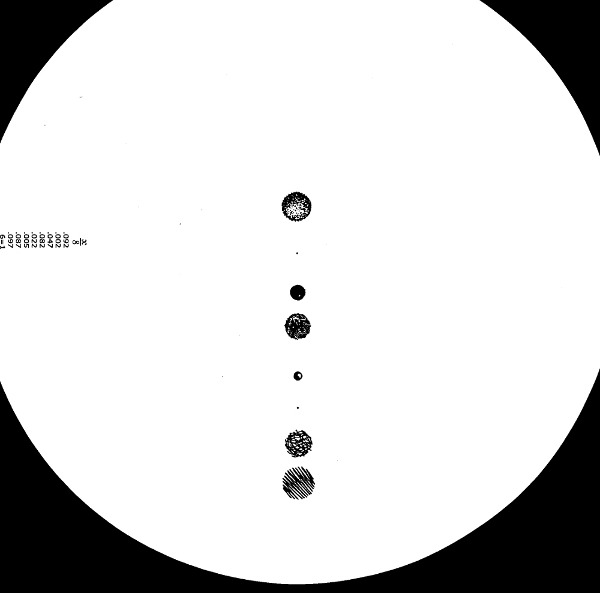 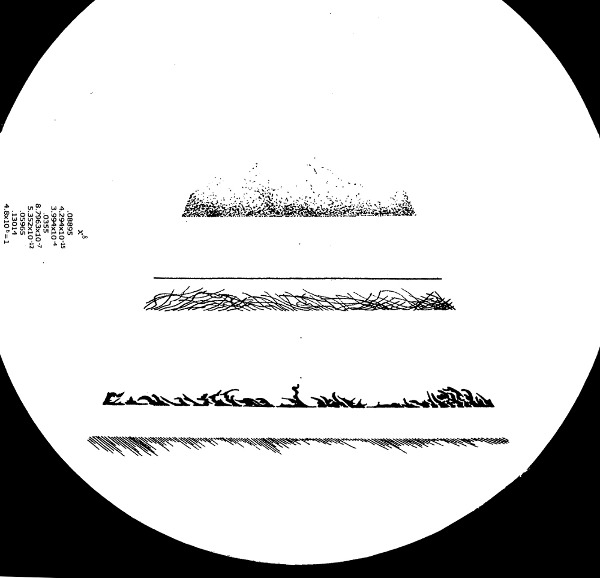 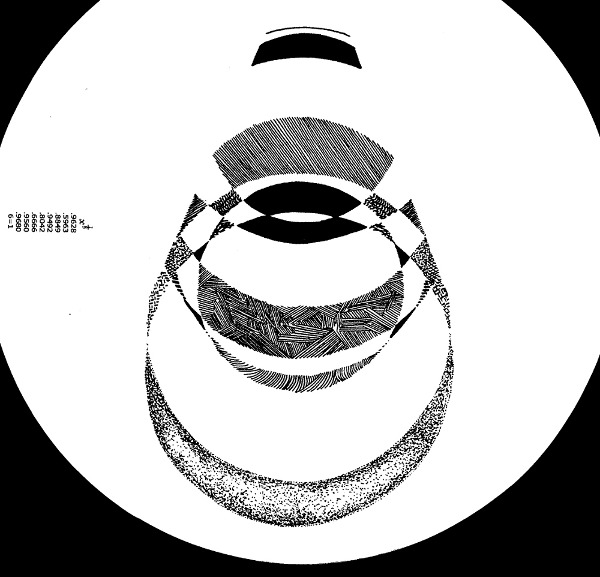 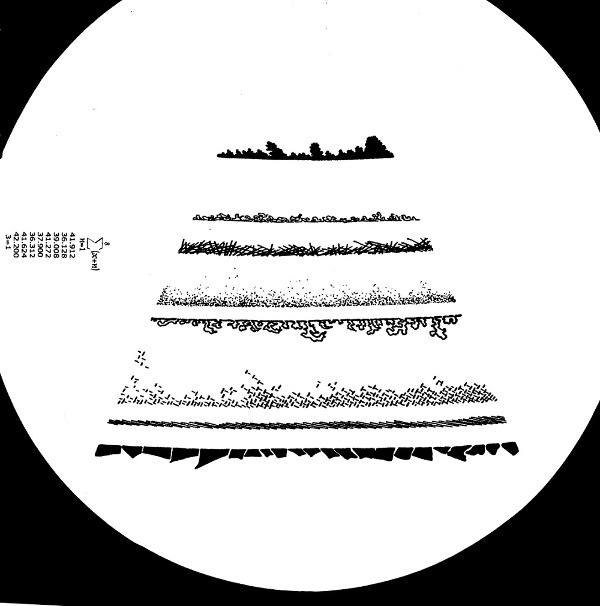 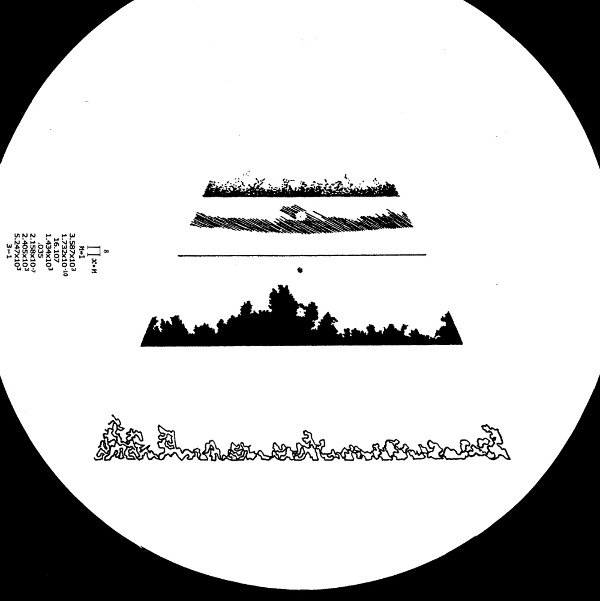